We're glad to announce the new OsmAnd version for iOS.

Update your OsmAnd, check out all the new features and let us know if you like everything!

We promise to continue improving the OsmAnd app and make it even more useful for trips and everyday rides to make your life set.

You can estimate slopes in your route. We changed menu Hillshade (Overlay/Underlay) to Terrain (Overlay/Underlay) in Map menu where you can set slopes and hillshades for your map. Now you can choose transparency and zoom levels for your terrain layer. Switch on the Contour line plugin at first, you can read more about the Contour lines plugin here. Remember that you can download slope and hillshade maps for your region. 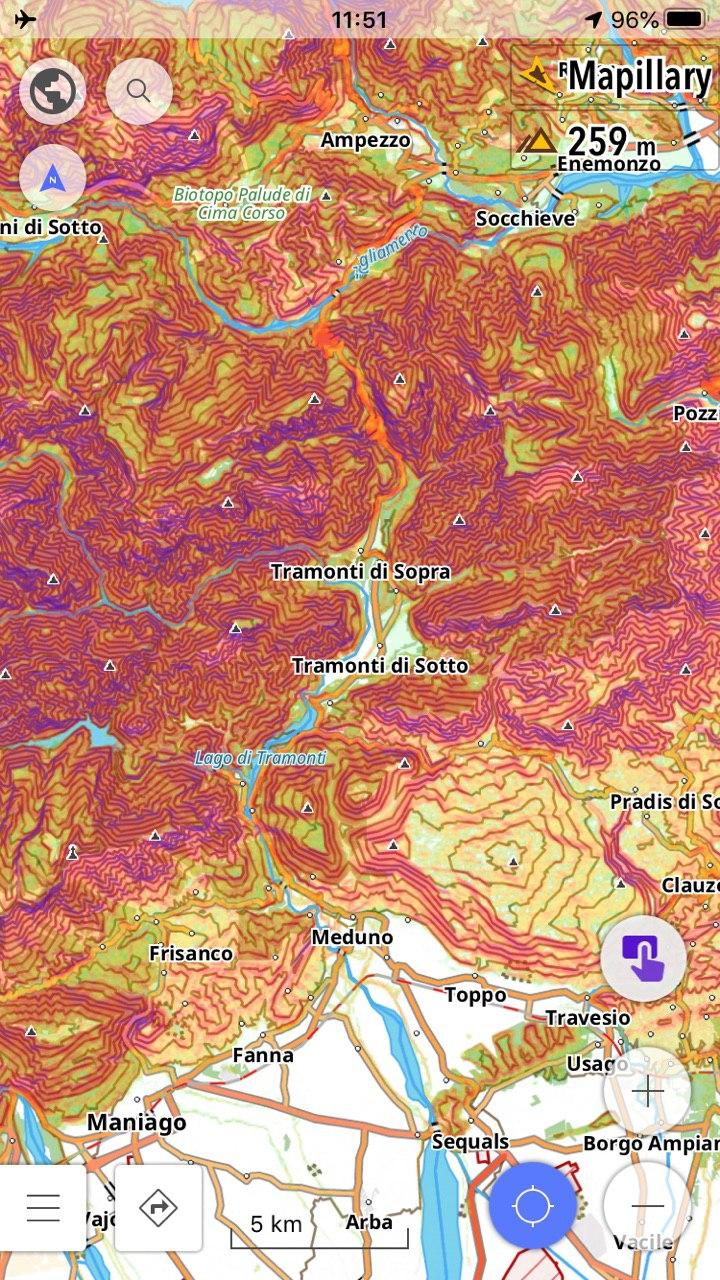 We added options to show lines and direction arrows to active markers, now you can switch between topbar or a widget. Read more about Map markers here.

Now you can minimize Favorites groups in My places menu.

And remember that only together we can achieve the best results!